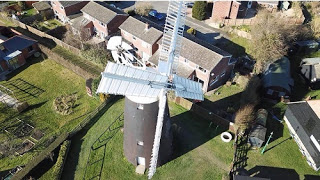 We live right next door to a 200 year old, restored windmill. Our garden is just visible in the lower left.
Posted by Roger G3XBM at 08:09 No comments:

Email ThisBlogThis!Share to TwitterShare to FacebookShare to Pinterest
Labels: windmill

Earlier this week we went to see the bluebells in Waresley Woods to the west of Cambridge. The paths were much wetter than we expected after the hot weather last week. 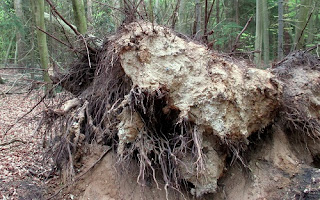 I think this tree was blown over in a recent gale. The roots exposed clearly show the sandy soil in which it grew. Brandon Country Park.
Posted by Roger G3XBM at 04:23 No comments:

Email ThisBlogThis!Share to TwitterShare to FacebookShare to Pinterest
Labels: tree 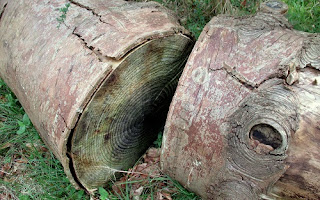 This tree looks like it was about 35 years old when it either blew down in a gale or was deliberately felled. It was in Brandon Country Park yesterday.
Posted by Roger G3XBM at 04:20 No comments:

Email ThisBlogThis!Share to TwitterShare to FacebookShare to Pinterest
Labels: tree

On two occasions I have seen dead bodies.

The first time was when I was an engineering student at university. I was "smuggled in" to the room in the medical school where they dissected corpses. I wore my white lab coat. This was the first time I had ever seen a dead human body. Reaction? The corpses looked like meat. It was hard to believe these were once real people with emotions, happiness, sadness, good times and bad times.

The other time was in 1987 when my dad died. I saw his body in the mortuary. He was cold and lifeless. My overriding memory was that the essential "him" was no longer there. It was like a chrysalis shell. Now, those who have a faith will say he lives on in another form. I just do not know. I wish this was true.

Death remains a mystery to us. It is a taboo subject.

Email ThisBlogThis!Share to TwitterShare to FacebookShare to Pinterest
Labels: death

We ate a 3 course lunch today at Cote Brasserie in Bridge Street, Cambridge. £13.50 each, and they add the gratuity to the bill (much better than tipping in my view). If the service was poor you can remove this gratuity. Service and food were very good. We will go there again. This collage (done by my wife) shows some of the spring flowers seen on recent walks. Although today is quite dull, you do feel winter has moved on into spring at last. The fields are bright yellow with rape and I have (at last) seen a swallow.
Posted by Roger G3XBM at 03:13 No comments:

Email ThisBlogThis!Share to TwitterShare to FacebookShare to Pinterest
Labels: flowers

Until I went to university, I lived in the South Hams of Devon. This picture was taken 8 years ago, but it probably hasn't changed much in 1000 years. We know my ancestors owned a piece of land near here in 1428. I can trace the family tree right back to the mid-1500s with no breaks. Our family has probably been hereabouts for thousands of years.  BTW, Thurlestone (this place) means "rock with a hole" so Thurlestone Rock has been there a long time!
Posted by Roger G3XBM at 23:28 No comments:

Email ThisBlogThis!Share to TwitterShare to FacebookShare to Pinterest
Labels: devon 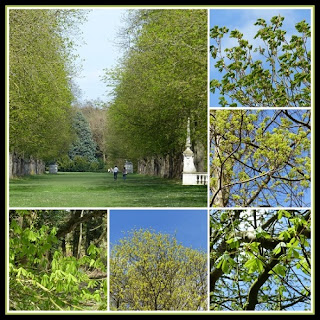 At last, after a long dull winter, with no real spring, the weather has changed and yesterday was sunny and warm. At long last it actually feels like spring! The next few days are promising too.
Posted by Roger G3XBM at 01:40 No comments:

Email ThisBlogThis!Share to TwitterShare to FacebookShare to Pinterest
Labels: spring

This came in from Molly earlier. The links may be helpful.

Having had personal experience with addiction, I’ve seen how important it is to address mental health issues before they take control. I truly believe it’s lifesaving to nurture our innermost selves before mental health conditions become debilitating, whether it’s something as common as stress and anger or something as complex as depression or suicidal thoughts.

As part of my work with Recovery Hope, I’m sending you some articles that offer insight and support for those who may be struggling. I hope you’ll consider adding these to your site on this page or one like it (http://g3xbm-qrp.blogspot.com/2010_05_01_archive.html​). Based on the information you have there, it seems you’re just as aware of how important it is for people to care for their emotional wellbeing.

A Checklist for Parents with Children with Mental Health Problems

Promoting Mental Health at Home: How to Design the Perfect Meditation Room

Healthy Eating and Depression: How Diet May Help Protect Your Mental Health

5 Ways to Use Feng Shui in Your Home Design

Drug Abuse and Addiction: Recognizing the Signs and Symptoms of Drug Addiction

Anger Management and Addiction: How to Take Charge of Anger Issues in Sobriety

Elderly Mental Health: How to Help Your Senior

Coping with the Loss of a Loved One

I truly thank you in advance for your support! If you’re open to working with me so that I can write an article for you that further explores the importance of mental health on our overall wellness, please let me know. Since this is a subject so close to me, there is no charge. (If you don’t want me to contact you again, please let me know that as well.) 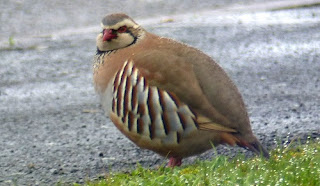 After several months without seeing any, these handsome birds have returned to our Close. Earlier this week one nearly fed from my hand, coming abuot 25cms (1 foot) from my hand, curious.
Posted by Roger G3XBM at 02:08 No comments: 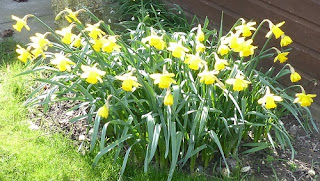 My son planted these daffodils last autumn. They are now well out. We have had a very long winter and, only today, with a clear blue sky, has it felt like spring.

With a bit of luck, the grass will be cut later. This is only the second time this year. It has been too cold and wet to cut!
Posted by Roger G3XBM at 06:13 No comments:

Email ThisBlogThis!Share to TwitterShare to FacebookShare to Pinterest
Labels: spring

This website was found by accident. It has some interesting videos. It is worth checking out.

Our local church is now very "happy clappy". My wife got me to go today as it is Easter Sunday.

Although I used to be a regular worshipper at our church, these days I hardly ever go. In some ways I feel more spiritual, but I now feel no religion "cuts it".

This last 12 months has seen the death of two young sons of friends in very sad circumstances. Life seems cruel and no religion adequately explains how a "good" God can be so cruel. To me it seems like randomness. A good God surely could not be this unkind?


In many ways I envy the simple faith of many, but I am finding it harder and harder to feel that I fit in. To me, all religions fail to provide answers.


As I have said many times before, I feel all religions hint at a deeper truth and are, maybe, attempts to come to terms with our finality.
Posted by Roger G3XBM at 05:50 No comments: